A tribute to Seamus Heaney 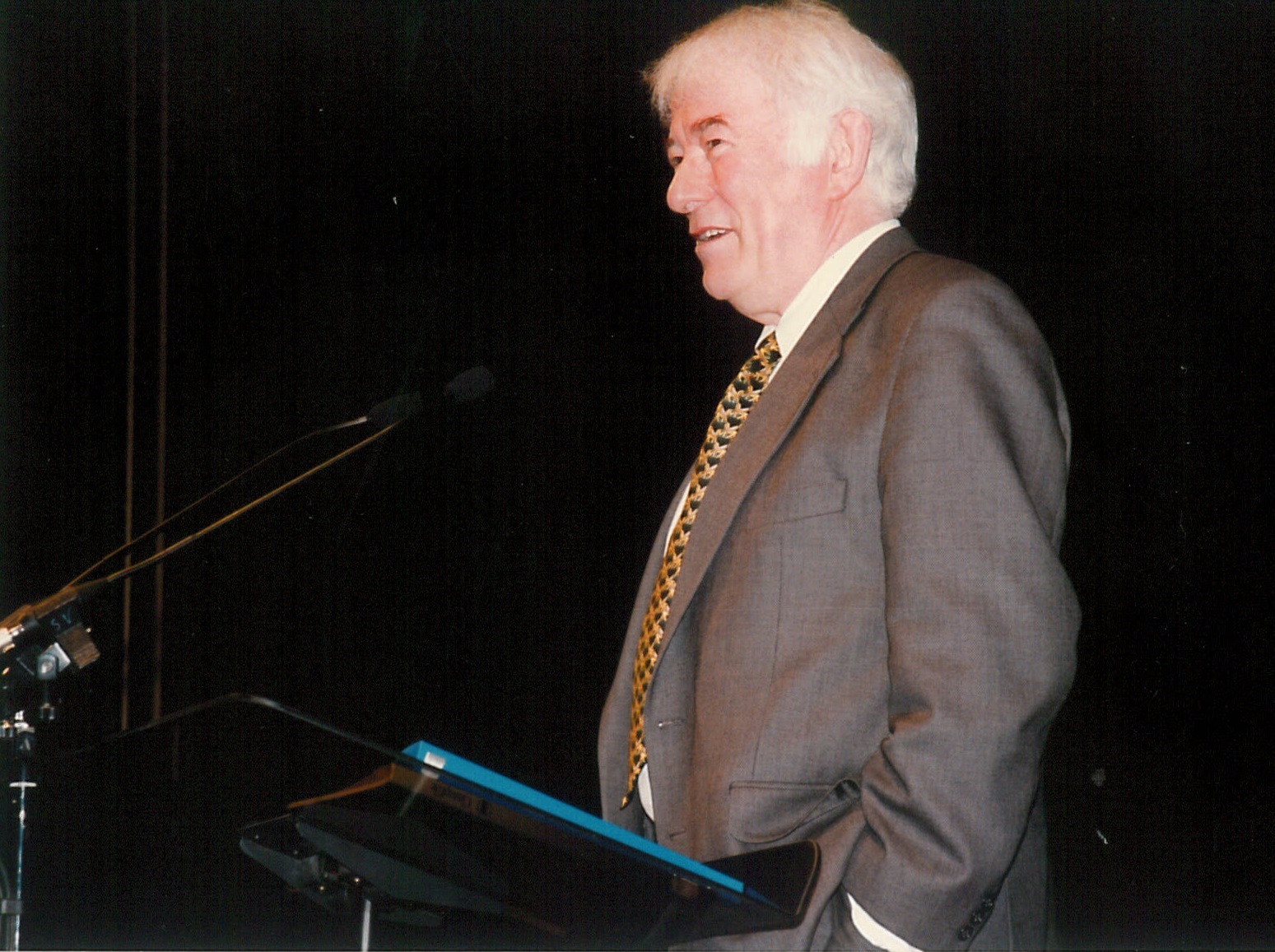 “They will be bringing Seamus home on Monday,” said Fr Andy Dolan, a personal friend and priest at St Mary’s Church in Bellaghy, Heaney’s home town in County Derry.

Seamus Heaney, poet and playwright, lecturer and translator, was buried on 2 September, alongside his brother, Christopher, whose tragic death at the age of four, killed by a car, Heaney commemorated in one of his most famous poems, Mid-Term Break. The last line of that poem still haunts, for it is the only time I have ever come across a poet who could break my heart in one line:

Next morning I went up into the room. Snowdrops
And candles soothed the bedside; I saw him
For the first time in six weeks. Paler now,

Wearing a poppy bruise on his left temple,
He lay in the four foot box as in his cot.
No gaudy scars, the bumper knocked him clear.

A four foot box, a foot for every year.

Seamus Heaney, the literary colossus, won all the prizes, heard all the praise, saw his books of poetry achieve unprecedented sales across the world, and yet the abiding impression I have of him, when he came as a guest of the Princess Grace Irish Library to speak at the Salle des Variétés in Monaco in 1998, is that of a man who wore his fame with distinction and humour, but also with a touching humility. This was three years after he was awarded the Nobel Prize in Literature in 1995, for poetry of "lyrical beauty and ethical depth, which exalt everyday miracles and the living past.”

A man of immense culture and learning,  an intellectual with a universal appeal, he ignited the hearts and minds of his readers, whether he was giving a simple poetry reading, or teaching at Harvard or Oxford. He was affable, easily approachable and, knowing he would never cut turf like his grandfather, or be a farmer or cattle dealer like his own father, wrote early on:

Between my finger and my thumb
The squat pen rests.
I'll dig with it.

Like all great artists he makes us see the world in new ways, with insight  and truth. In his poem, Postcript, he raises our minds to the universal theme of stunning natural beauty while reflecting on the miracle the present moment contains, and all he appears to be doing is describing a drive, with his wife Marie, along a craggy shore in County Clare:

The surface of a slate-grey lake is lit
By the earthed lightening of a flock of swans.

Useless to think you'll park or capture it
More thoroughly. You are neither here nor there,
A hurry through which known and strange things pass
As big soft buffetings come at the car sideways
And catch the heart off guard and blow it open.

There goes my heart again.

Perhaps though the last line on the ‘heart’ should be left to the great man himself, for in his own wonderful, self-deprecating humour, when fitted with an electronic heart-monitoring device, he was fond of joking, “blessed are the pacemakers”.

It’s strange, and shocking to think that there will be no more poems from Seamus Heaney.

A devout family man, the last words he wrote were to his beloved wife, Marie, in the Latin he liked so much, words which were read out at his funeral in Dublin by his son Michael : 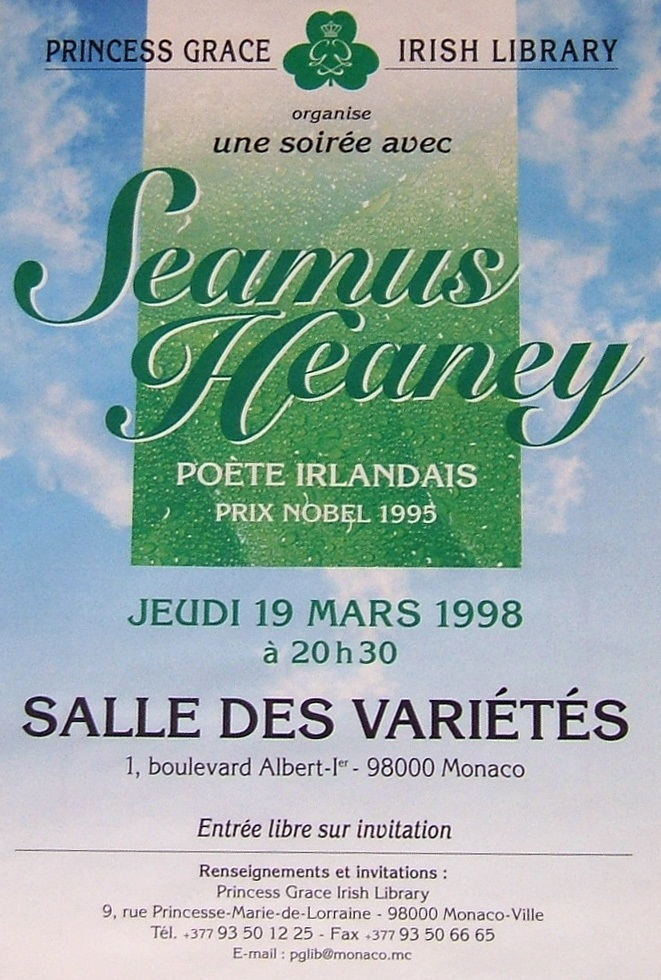 Link to the Ireland Funds:
http://www.theirelandfunds.org/seamus-heaney