“WHY DID THE IRISH EXPERIENCE OF EMIGRATION, SO PREVALENT IN THE POST WAR PERIOD, FEATURE SO RARELY IN THE LITERATURE OF THE TIME?” 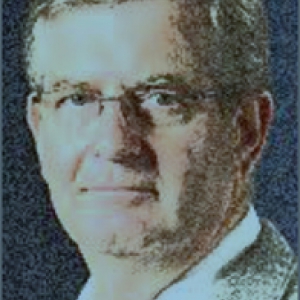 “WHY DID THE IRISH EXPERIENCE OF EMIGRATION, SO PREVALENT IN THE POST WAR PERIOD, FEATURE SO RARELY IN THE LITERATURE OF THE TIME?”

In his landmark history, Ireland 1912-1985, Politics and Society; Professor Joseph Lee states that 'the imprint left by emigration will feature prominently as the archaeology of the modern Irish mind comes to be excavated,' further adding that 'it is to the writers the historian must turn, as usual, for the larger truth'.

Quite an accolade for the writers, but on the issue in question it may not be deserved. The generation of writers which might have been expected to produce the larger truth about emigration from the war years to the early nineteen sixties did not make a conspicuous attempt to do so.

In exploring the reasons for this, James hopes to present an important dimension of twentieth-century Irish literary life, while simultaneously creating the backdrop to a series of short readings from his first novel, an emigration narrative, Home from England.

JAMES RYAN, a graduate of Trinity College Dublin, is Director of the Creative Writing Programme at the School of English, Drama and Film in University College Dublin.
His novels include Home from England (Phoenix, London 1995), Dismantling Mr Doyle (Phoenix, London 1997), Seeds of Doubt (Weidenfeld & Nicolson, London 2001) and South of the Border (Lilliput, Dublin 2008). The novel on which he is currently working, Talking to Strangers, is due for publication in 2015.

He was married to the late Caroline Walsh, Literary Editor of the Irish Times from 1999 to 2011.

Based in Dublin, James is actively involved in the literary life of the city.