WHEN THE “CELTIC TIGER” LIVED IN FRANCE 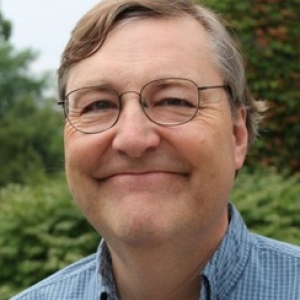 WHEN THE “CELTIC TIGER” LIVED IN FRANCE

After the defeat of the Catholic King James II in 1689, about 50-60,000 Irish exiles left their homeland to live in France. The heroic service of the Irish regiments in the French army is well known. The Irish contribution to French business and commerce in the eighteenth century has been less studied, perhaps because it contradicts a stereotype of the Irish as non-entrepreneurial.

Entering a developing but still largely agricultural economy, the exiles quickly became leading figures in banking, the tobacco trade, the wine industry, and textile and glass production. The Irish firms of Hennessy and Martell dominated the marketing of Cognac by the end of the century while, in Nantes, the Walsh family became the most successful slave-traders in the kingdom.

Ties to Ireland, Scotland and England helped launch the careers of multi-national Irish entrepreneurs, many of whom became engaged in the illegal contraband trade to the British Isles. Denied the possibility of land-ownership in their native country, they accumulated property and aristocratic titles in France, setting an example to the French aristocracy of how commerce and land-holding could go hand-in-hand. The Irish diaspora helped to set the course of the French economy towards capitalism, just as the French Huguenots did in England.

The leap of the first “Celtic Tiger” provides a nearly forgotten but crucially important chapter in French economic history.

PAUL MONOD grew up in Montreal and was educated at Princeton and Yale Universities.

He has offered courses in British History from 1485 to the present, European History from 1500 to 1800 and the History of the Atlantic World.  In addition, he has advised more than one hundred senior theses on various topics. Paul’s own area of specialization is seventeenth and eighteenth century Britain. His book about alchemy, astrology and ritual magic — Solomon's Secret Arts: The Occult in the Age of Enlightenment — was published by Oxford University Press in May 2013.

He has been the recipient of fellowships from the National Endowment for the Humanities, the Huntington Library, the Getty Research Institute and the Leverhulme Trust.

During March 2014, he is a visiting professor at the University of Nice Sophia-Antipolis.

Professor Paul Monod with his son, Evan and his wife, Jan