WHAT IS IRISH? IDENTITY, SEX AND GENETICS OVER THE LAST 2000 YEARS 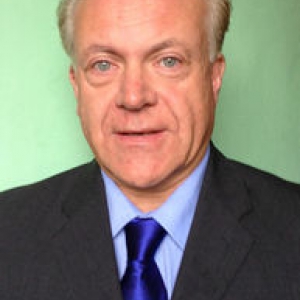 WHAT IS IRISH? IDENTITY, SEX AND GENETICS OVER THE LAST 2000 YEARS

Patrick discussed the genetic history of Irish clans, suggesting that some surnames link back to men alive in 300-400 AD. One of these was the Kellys of Connacht — the family of Princess Grace’s father — and Patrick linked them to the DNA of Niall of the Nine Hostages, a King of Ireland who was alive in the 300s. He also spoke about the Guinness family ancestry which assumed descent from the Magennis clan of County Down. His research is based on work carried out by the Genetics Department at Trinity College, Dublin.

PATRICK GUINNESS is an Irish historian and author, and one of the heirs of the Guinness business dynasty. Son of Desmond Guinness and the late Princess Marie-Gabrielle von Urach, he was educated at Winchester College and Trinity College Dublin.

He continues his father’s business in real estate development and is a financial analyst. He formerly represented Sotheby’s in Ireland.

An historian, Patrick has authored a biography of Arthur Guinness, the founder of the Guinness brewery dynasty. He has lectured on genetic genealogy relating to the early Irish dynasties and Viking Ireland, and has sponsored academic research on Irish genetics.

He is a council member of the County Kildare Archaeological Society and of the Order of Clans of Ireland. He is a trustee of the Iveagh Trust and President of the Irish Georgian Society.

Through his mother’s descent from the second Duke of Urach, Patrick is a potential claimant to the medieval Kingdom of Jerusalem, to the Kingdom of Lithuania and to the Principality of Monaco… as he is the great-great grandson of Princess Florestine of Monaco (1833-1897).

In September 2010, Patrick became a Knight of Justice of the Military and Hospitaller Order of Saint Lazarus of Jerusalem (KLJ) at a ceremony in Saint Patrick’s Cathedral in Dublin and, in 2013, he was made a Knight Commander of the Order of the Eagle of Georgia by Prince David Bagrationi of Georgia. 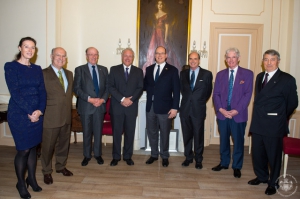