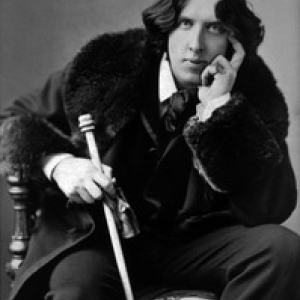 The Unexpected Oscar Wilde: Wit, dandy, raconteur and writer of lightweight drawing-room comedies and children’s stories… The first-rate funnyman who somehow never quite made it into the first division of literature – the Oscar Wilde we all think we know – concealed a very different and unexpected personality beneath that glittering exterior. He was the product of two remarkable parents, both leading figures in 19th century Irish history; from his mother he inherited a profound sense of social justice and from his father a love of learning, qualities which remained with him throughout his life.

Wilde the classical scholar, the sharp analytical thinker and the social critic, are aspects of the man which are all too often overlooked. He sometimes allows us a glimpse of them in his essays, in his letters and in his journalism, revealing a seriousness of intent for which he is seldom credited.

Oscar Wilde – serious? Yes… but with that characteristic lightness of touch for which we know him and, as always, with a remarkable relevance to our modern world.

MERLIN HOLLAND: A writer who has lived in France for some years, Merlin is the son of Vyvyan Holland, Oscar Wilde’s younger son. He lectures and broadcasts regularly on all aspects of Wilde’s life and works. For thirty years, he has been in the unique position — through having to administer the few remaining copyrights in Wilde’s writings (mostly letters and unpublished fragmentary manuscripts) of being in close touch with the latest academic research but, at the same time, presenting a lively and very personal view of his grandfather to a wider general public.

An acknowledged authority on his grandfather’s life and work, Merlin has edited and introduced a Collected Wilde for the Folio Society and the enlarged HarperCollins Centenary Edition of The Complete Works of Oscar Wilde (1999), selecting for both editions some of the best of Wilde’s journalism to show an unfamiliar and neglected side of his grandfather — the hard-working, professional  but, as always, controversial and witty writer.

Merlin is currently working on After Oscar, a personal look at the hundred years after his grandfather’s death and how Wilde’s life, works and fluctuating reputation have influenced the lives of so many people, not least his own family and descendants.