THE ROCK OF CASHEL AND THE PASSAGE OF TIME 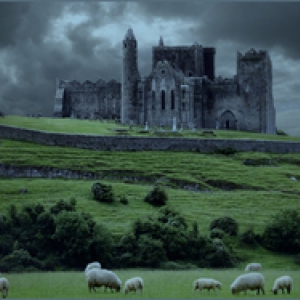 THE ROCK OF CASHEL AND THE PASSAGE OF TIME

THE ROCK OF CASHEL, strategically located in the middle of Ireland, was both a royal and an ecclesiastical site. Its imposing remains include Cormac’s Chapel, a twelfth-century building which is considered the peak of development of Romanesque architecture in Ireland. The earliest structure on the site is the round tower, which dates from about 1100. The complex continued to develop over the centuries until it ceased to be in use in the 1800s.

Now a ruined complex, it has suffered from severe weathering over years. Since it was taken into State care in 1874, maintenance and restoration work has been carried out. The most recent phase of this work is the conservation of Cormac’s Chapel with its twelfth-century frescoes. These are unique in Ireland and internationally important.

This illustrated talk will look at the passage of time on the Rock of Cashel, occupation and change. It will discuss the conservation work that has been carried out since it was designated a national monument, particularly the recent work in Cormac’s Chapel.

AIGHLEANN O’SHAUGHNESSY studied architecture at University College Dublin and joined the Office of Public Works on graduating in 1971.
In 1973, she moved to the National Monuments Service, and was appointed Senior Architect in 1988. Since then, she has undertaken a course in conservation: "Conservation of Historic Structures", at the Institute of Advanced Architectural Studies, York. She has more recently pursued qualifications in Health and Safety obtaining both the Safety in the Workplace certificate in University College, Dublin and the IOSH certificate in Safety Management.

Her work within the National Monuments Service involved the care and conservation of National Monuments, under the National Monuments legislation. For many years this work included both sites in state care, and sites in private and local authority ownership, where planning and development issues arose. More recently, she has been responsible for conservation and presentation works at sites in state care only. The conservation process includes maintenance, conservation, restoration and presentation of a range of sites, from prehistoric field monuments to 19th century buildings. The main area of work has been in the conservation of medieval structures.
The conservation work of the National Monuments Service in OPW is primarily by a direct labour force of skilled craftsmen. Aighleann has many years’ experience in working with in-house traditional and specialist building skills, as well as with specialist contractors, involving stone conservation, specification of mortars and other materials, conservation of plaster and wall paintings.
Aighleann has been a visiting lecturer for the Masters of Urban and Building Conservation course in UCD and the Diploma in Applied Building Repair and Conservation course in Trinity College Dublin, where she also was extern examiner for a number of years.
She is at present a committee member of ICOMOS Ireland and of The Royal Society of Antiquaries of Ireland. She is also an active member of the Building Limes Forum Ireland and an accredited member of the Irish Conservators and Restorers Institute.

Entry €10 per person payable at the door. 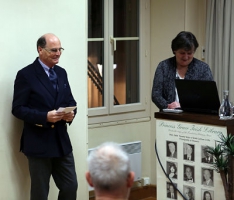 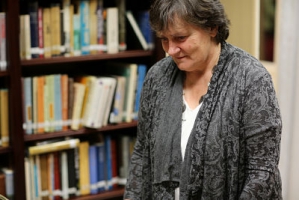