THE IRISH IN CANADA: HISTORY AND ACHIEVEMENTS 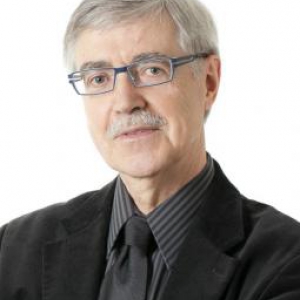 THE IRISH IN CANADA: HISTORY AND ACHIEVEMENTS

Professor Michael Kenneally is a specialist in modern and contemporary Irish literature, as well as nineteenth-century writing by Irish-Canadian immigrants. He is particularly interested in fictional forms including Irish novels, short stories, and life-writing texts such as memoirs, diaries and letters.

He is the author of Sean O’Casey and the Art of Autobiography and has published articles on autobiographical dimensions of writers such as W. B. Yeats, James Joyce, and George Moore. He has edited several collections of essays, including Irish Literature and Culture: Cultural Contexts; Literary Idioms in Contemporary Irish Literature; and Poetry in Contemporary Irish Literature.  He is also interested in the new literatures in English and has co-hosted several conferences and co-edited three volumes of essays on this subject. These volumes have been published in the series, Studies in English and Comparative Literature, (23 titles to date) co-edited with Wolfgang Zach (Innsbruck). He is a former editor of the Canadian Journal of Irish Studies, and currently serves as its Associate Editor.

His current research project, funded by the Social Sciences and Humanities Research Council, examines how nineteenth-century Irish immigrants to Canada are represented in life-writing and fiction (written by themselves or by others), as they engage with notions of home and exile, reconceptualise affiliations with place and nation, and inscribe the processes of emigration, settlement and self-transformation in Canada.

Michael Kenneally is also the principal Canadian investigator — along with Margaret Kelleher (University College Dublin), the principal Irish investigator — of a multidisciplinary team of international scholars studying the impact of memory, identity and representations of the past in Ireland and Quebec.  This project is jointly funded by the Fonds québécois de la  recherche sur la société et la culture and the Irish Research Council for the Humanities and Social Sciences.  His specific interest within this larger project is how the Quebec Rebellion of 1837 has been represented and re-configured in textual form by historian Jan Henry Morgan.