THE HOUSE THAT EILEEN GRAY BUILT 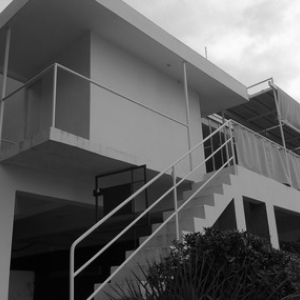 THE HOUSE THAT EILEEN GRAY BUILT

EILEEN GRAY (1878-1976) was born at her family home, Brownswood, not far from Enniscorthy, County Wexford.  She spent part of her childhood in London and was one of the first women to be admitted to the Slade School of Art.

In 1902, she moved to Paris where she remained for most of her life.  In 1906, she met Seizo Sugawara, the Japanese lacquer master who lived in the French capital.  She asked him to teach her, he accepted and she became a devoted student, quickly establishing herself as one of the leading designers of lacquered screens and decorative panels.

During the 1920s and 1930s, Eileen Gray was one of the prominent advocates of the revolutionary new theories of design and worked closely with many outstanding figures of the modern movement — namely Le Corbusier.

After several visits to the South of France with Romanian architect and critic Jean Badovici, Eileen Gray purchased a plot of land on the seashore at Roquebrune Cap Martin. There she built the modernist masterpiece ‘E-1027’ between 1926 and 1929, considered one of the most iconic houses of the 20th century.  She also designed and built another house for herself, ‘Tempa a Pailla’, in Castellar, above Menton, in the early 1930s.

After fading into obscurity, Eileen Gray’s work was rediscovered in 1972 when ‘Le Destin’ — a four-panel lacquer screen she designed for Jacques Doucet in 1913, her only signed piece — was sold for the then record-breaking price of 170 000 French Francs (estimation 20 000 Francs) at Hôtel Drouot in Paris. All of a sudden, everyone was talking about her and the search for Eileen Gray began…

MARY MC GUCKIAN was born and raised in Northern Ireland during ‘The Troubles’. She completed her education at Trinity College Dublin, where she took a degree in engineering.

Now a successful film-maker, her latest film — The Price of Desire — is the story of the inception of twentieth-century architecture told in the context of how Le Corbusier airbrushed Eileen Gray’s astoundingly inspirational and influential contribution from history. It explores the insidious chauvinism experienced by this remarkable Irish artist, architect and designer as a universal female experience while cinematically evoking the essential aesthetic of Eileen Gray. 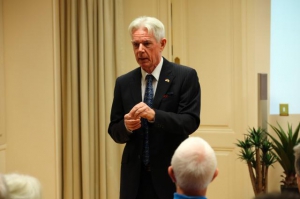 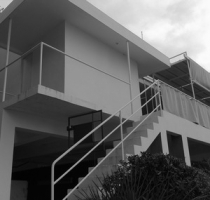 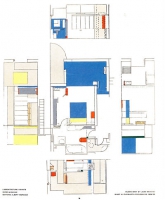 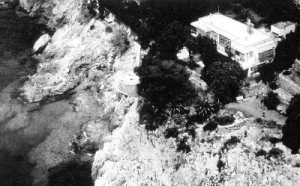