THE ART OF THE OBITUARY 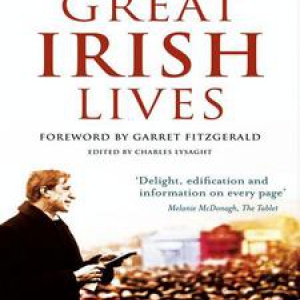 THE ART OF THE OBITUARY

CHARLES LYSAGHT was born in Dublin in 1941, and educated at Gonzaga, University College Dublin, King's Inns and Christ's College Cambridge. Representing King's Inns, he was the first winner of the Irish Times trophy for inter-varsity debating in 1960. At Cambridge, he was elected President of the Union, defeating Vince Cable, a minister in the present British government.

In the course of his legal career, Charles lectured in law at London University and King's Inns, practised at the Bar both in London and Dublin and held appointments as a legal adviser to the Department of Foreign Affairs and the Law Reform Commission. He has contributed articles on domestic and international law to learned journals.

In 1979, he published a biography of Brendan Bracken, the Fenian's son who became Winston Churchill's closest friend in politics and Minister of Information in Churchill's wartime government. It was described by Sir Philip Magnus, the doyen of British biographers, as a strange story beautifully told, a book of rare quality and quite exceptional human interest about a man who sacrificed identity to ambition.

Charles's subsequent biographical work has taken the form of shorter essays, such as his 8,000 word entry on former Taoiseach John Costello for the Dictionary of Irish Biography, and obituary notices in The Times of London and occasionally in other British and Irish newspapers. In 2009, Charles edited on behalf of The Times a collection of their Irish obituaries dating back to Daniel O'Connell and including some he himself had written since the 1960s. It was entitled Great Irish Lives.

At their best, obituaries combine the insight of an historian with the immediacy of a newspaper and the journalist's love of human detail. Drawing on his experience as a biographer and obituarist, Charles Lysaght will discuss the problems of assembling accurate information and assessments of lives or parts of lives that were not in public view and of presenting a balanced and realistic portrait with the minimum of offence to those close to the deceased. He will examine the practice in many newspapers, including The Times, of publishing obituaries the authorship of which is not disclosed. 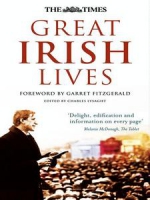