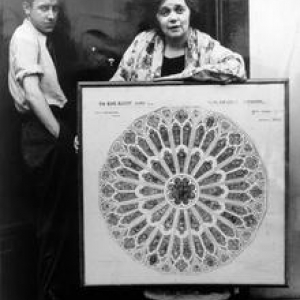 Wilhelmina Geddes was born in Drumreilly, County Leitrim, on 25 May 1887 and was educated at Methodist College, Belfast, the Belfast School of Art and the Metropolitan School of Art, Dublin. Her work was included in the 1914 Exposition des Arts Decoratifs in the Louvre. Rosamond Praeger recognised her talent and took some of her watercolours to an exhibition in Dublin, where they were brought to the attention of Sarah Purser. She became a member of Sarah Purser's stained glass workshop, An Túr Gloine.

As well as being one of the first major 20th century stained glass artists, she designed book-jackets, book plates, stamps, posters, as well as illustrating books. She also designed needlework and linocut and woodblock prints. She exhibited at the Society of Scottish Arts, the Ulster Academy, and at the British Empire exhibition at Wembley. She exhibited with the Royal Hibernian Academy in 1913, 1914, 1916 and 1930. Her windows can be found in Church House, Belfast, in St Ann's Church, Dawson Street, Dublin, All Saints Church, Blackrock, Co. Dublin, Monea Church, near Enniskillen, St John's Church, Malone Road, Belfast, at Inver Church, Larne, in Southport, Lancashire, in Laleham, Lee and Greenford, all three now in the outskirts of London, in Lampeter, Wales and near Wellington in New Zealand.

In Ottawa, her great War Memorial for the Duke of Connaught in St Bartholomew's Church, established her international reputation in 1919. In 1929, she completed an eight-panelled window on the theme of the Children of Lir for the Ulster Museum and in 1938 her 'Te Deum' Rose Window was dedicated at St. Martin's Cathedral in Ypres in memory of King Albert of the Belgians. Her work is represented in many places, including the Victoria and Albert Museum, London, the Ely Stained Glass Museum and the Ulster Museum, and more than thirty of her designs for stained glass windows are in the National Gallery of Ireland, Dublin.

She died at University College Hospital, St Pancras, London, on 10 August 1955 and is buried at Carnmoney, County Antrim.

In March 2010, NASA named a crater on the planet Mercury, 'Geddes', in commemoration of her revisionist approach to stained glass. 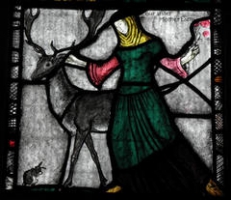 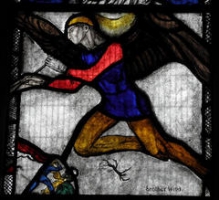 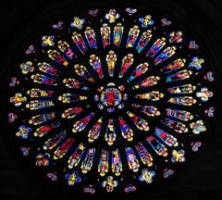 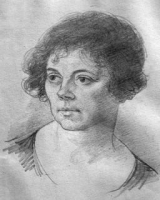 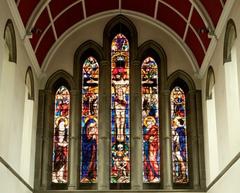