AN EVENING WITH LIZ NUGENT 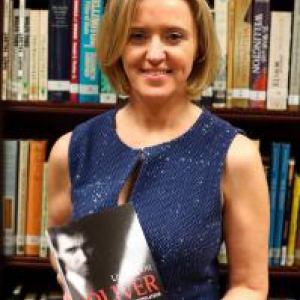 AN EVENING WITH LIZ NUGENT

On Wednesday 21 September 2016, at 19:30, in the Princess Grace Irish Library, Liz Nugent will launch her new thriller LYING IN WAIT published in July 2016.

Described by the Irish Times as ‘redolent of Highsmith and Du Maurier’, Liz Nugent’s second novel ‘Lying in Wait’ is set to top the bestseller list after the enormous success of her debut ‘Unravelling Oliver’.

In a move from our usual format, we will let you interview Liz! After reading a few passages from LYING IN WAIT, Liz will be delighted to take any questions you may have about her latest book as well as UNRAVELLING OLIVER.

What inspires Liz? Who are her literary influences? How does she come up with killer opening lines? Who would she cast in the film versions of her books? You ask the questions, and Liz will answer!

The books can be purchased at the PGIL evening:

They are also available on Amazon - paperback and Kindle.

Liz was born in Dublin in 1967, where she now lives with her husband, musician and sound engineer Richard McCullough.

Since first writing for broadcast in 2003, Liz has gone from strength to strength. Between 2003 and 2013, Liz worked as a Story Associate on the popular television soap opera Fair City. She had several pieces accepted for Sunday Miscellany, a radio series on RTE Radio 1 specialising in nostalgic autobiographical pieces. Subsequently, she had two children’s stories accepted by the Fiction 15 series for the same broadcaster. In 2006, her first short story for adults, Alice, was shortlisted for the Francis McManus Short Story Prize.

Liz went on to write a children’s animation series called The Resistors for TG4. Her half-hour drama, An Coinne was one of four winners chosen to be broadcast live on TG4 in the Irish language in the Seomra Sé series.

Liz’s radio drama, Appearances, represented Ireland at the New York Festivals in 2008. She was the winner of an EATC bursary and writing workshops in Geneva and Berlin for the pilot episode of drama series Campus in 2007.

Liz’s first novel Unravelling Oliver was published to critical and popular acclaim in March 2014. It quickly became a firm favourite with book clubs and readers’ groups. In November of that year, it went on to win the Ireland AM Crime Novel of the Year at the Bord Gais Energy Book Awards and was long listed for the International Dublin Literature Prize 2016. She was also the winner of the inaugural Jack Harte Bursary provided by the Irish Writers Centre and the Tyrone Guthrie Centre in December 2014.

Aside from writing, Liz has led workshops in writing drama for broadcast, and has produced and managed literary salons.

Reservations are essential due to the limited number of seats. Entry 10 EUR per person payable at the door. The doors will close at 19:30 sharp. 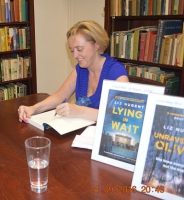 Liz Nugent during the book signing of Lying in Wait 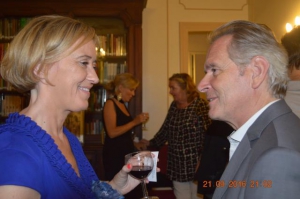 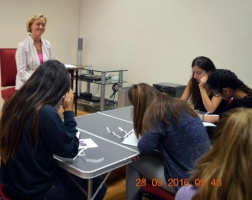 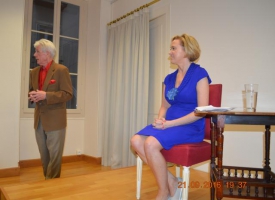 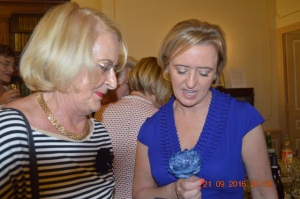 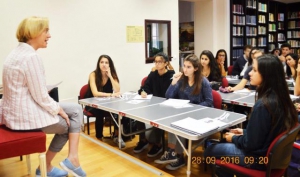 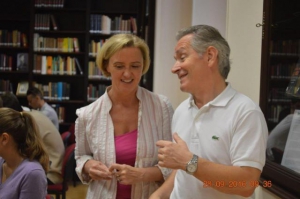 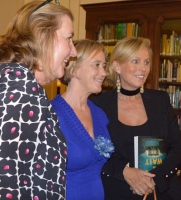 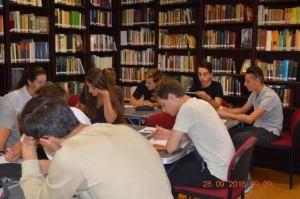 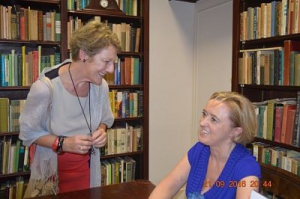