AN AFFAIR WITH MY MOTHER 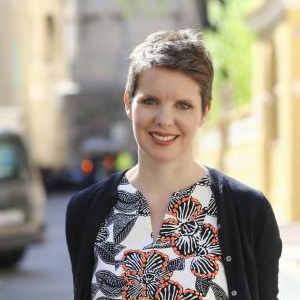 AN AFFAIR WITH MY MOTHER

A Talk, Reading and Book-Signing

Caitriona Palmer had a happy childhood in Dublin, raised by loving adoptive parents. But when she was in her late twenties, she realized that she had a strong need to know the woman who had given birth to her. She was able to locate her birth mother, Sarah, and they developed a strong attachment.

But Sarah set one painful condition to this joyous new relationship: she wished to keep it – to keep Caitriona – secret from her family, from her friends, from everyone.

Who was Sarah, and why did she want to preserve a decades-old secret? An Affair with My Mother tells the story of Caitriona’s quest to answer these questions, and of the intense, furtive ‘affair’ she and her mother conducted in carefully chosen locations around Dublin. By turns heartwarming and heartbreaking, An Affair with My Mother is a searing portrait of the social and familial forces that left Sarah – and so many other unwed Irish mothers of her generation – frightened, traumatized and bereft. It is also a beautifully written account of a remarkable relationship.

Caitriona is a freelance journalist living in Washington and has written for the Irish Independent, the Irish Times, the Irish Echo, the Glasgow Sunday Herald, RTE Radio, BBC, and the Global Radio Network.

From 2002 to 2004, Caitríona was the Iran correspondent for the Irish Times based in Tehran. During this time she also filed dispatches for RTE Radio and the BBC and reported from the Kurdish front in northern Iraq during the 2004 Iraq war.

Before becoming a journalist, Caitríona worked in human rights, specializing in war-related missing person cases. In post-war Bosnia, she worked  for Physicians for Human Rights, an American non-profit tasked with identifying the dead of the Srebrenica massacre. In 1999, Caitriona joined the prosecution team of the International Criminal Tribunal for the former Yugoslavia (ICTY) to work on the trial of a Bosnian Serb general charged with genocide in the Srebrenica massacre.

Caitriona was born and raised in Dublin, Ireland. She received a Bachelor’s degree in history and politics from University College Dublin and in 1995 won a Fulbright Scholarship to complete her master’s at Boston College. That trip to Boston was the first leg on an unexpected immigrant odyssey that included Bosnia, London, Holland, Iran and Washington.

Caitriona is married to a fellow journalist who she met in Bosnia. They have three children and live in Washington. An Affair with my Mother is Caitriona’s first book. 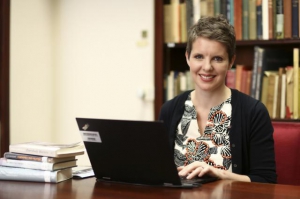 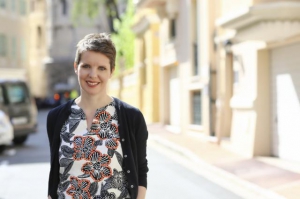 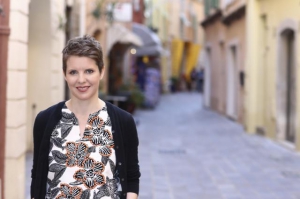