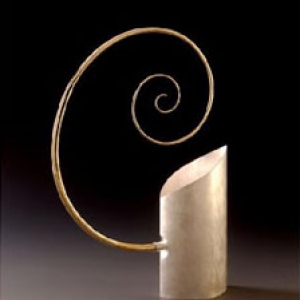 P.G. Wodehouse devotees will remember with affection the antics of Bertie Wooster and the cow creamer, the pièce de résistance of a prized, if fictional, collection of silver. Such collections still exist, although they are no longer confined to antique pieces. Modern collectors are just as likely to aspire to owning a piece of contemporary silverware by Kevin O'Dwyer, whose rocking teapots may well be the coveted cow creamers of tomorrow.

O'Dwyer's artwork in silver is light of touch and light of heart; the stuff of which museum collections are made. Angular forms combine with flowing forms, playing off against each other. A little triangular Sauceboat curls its handle in the air like the tail of a cartoon mouse, while a Vessel in Silver and Gold applies the same airy curl to a more dignified sculptural form.

A Party Teapot abandons itself to a wild coiffeur of silver, like the wedding headdress of an old lady with more money than sense; a self contained Rocking Teapot balances quietly on a rocking base, made from a continuation of its handle.

O'Dwyer has an affinity with the sculptural interpretation of mundane household items, but especially with teapots. 'Teapots are very optimistic pieces. In lots of ways they're a reflection of myself.'

O'Dwyer's pieces carry their often extraordinary forms with the same assurance with which a snail carries its shell. A crazy arrangement if you think about it, but part of a lovely and integral visual balance. O'Dwyer can do sober too, with an austere and architectural Coffee Service without a curve in sight. His textured surfaces,which do interesting things with reflected light, are the antithesis of the usual high polish of silver. If you look closely you can see the influence of the Early Christian stone work that first inspired him when, at the age of 13, he moved from New York to Cashel, County Tipperary. It's not an obviously Celtic manifestation, but an adaptation of the flowing lines and textural qualities of stone.

Although he began his working life as a biotechnologist, O'Dwyer has been a silversmith for 25 years. In the late 1970s, in Chicago, he began to study metal work at night. It was an exciting time in American craft, and he studied under Bill Frederick, whose modernist work pushed away from the traditional functionalism of silver, and Heikke Seppa who pioneered anticlastic raising.

O'Dwyer came back to Ireland in 1987. It was not a buoyant time in Irish economic history. 'A lot of people told me that I needed my head examined. At that time there wasn't much of a market in Ireland. I had to continue to show overseas; in the US, the UK, and in Europe.' Commission work, and exhibiting and selling overseas, continues to be a major element of his business. The collectors market in Ireland is still in its formative stage, although we have come a long way since the 1980s, when the majority of people categorised silverware as either 'Georgian' or 'Celtic'. The American market is a different story, and O'Dwyer's buyers include a couple in California who have a collection of over 3,000 teapots.

O'Dwyer's work is renowned inter-nationally and represented in both public and private collections, but personal highlights include the first time that his work was chosen for a museum collection – the High Museum, Atlanta, in 1986 – and when President Mary Robinson commissioned him to make Ireland's inauguration gift for Nelson Mandela. 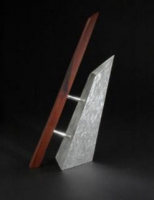 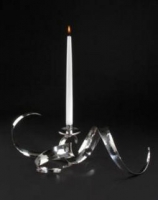 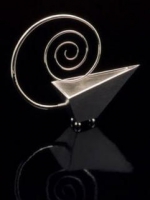 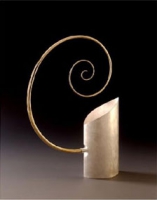 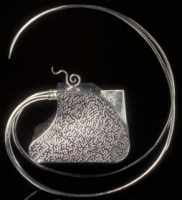